Seoul, Oct 23. -The finance ministers of the group of industrialized and emerging countries (G-20) and central bank governors are meeting in the midst of important differences on how to tackle the global financial crisis.

Three weeks before the official summit of the group in Seoul, South Korea, disagreements mark this meeting to be attended by most members of the G-20 to prepare for the presidential summit slated for November 11 and 12.

Germany and France explain the importance of reforming international financial regulations, while the United States suggests to increase stimulus packages.

The United States suggested on Thursday to the International Monetary Fund to triple its available resources to help combating the instability of the most affected countries.

US people call for a fund increase from the current $250 billion to $750 billion.

This week the EU expressed its willingness to double the resources of the Fund.

However, at a meeting of finance ministers from the eurozone, its president, Jean-Claude Juncker from Luxembourg, rejected U.S. calls to inject more money.

According to Juncker, the European recovery program represents an expenditure level of 3.4 percent to four percent of GDP, and public finances are beginning to suffer. (Prensa Latina) 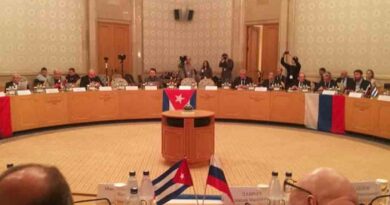 Cuba Expresses Support for Palestine in G77 plus China