Jul 14. – The 3rd Caribbean Cinema Travelling Exhibition will be inaugurated on July 15 at Havana's Chaplin Theater, according to information provided by organizers of the Cuban Film Industry Institute.

A total of 54 films from 31 countries will be screened, including a special segment dedicated to childhood and adolescence, with six animation productions. Haiti, now recovering from the devastating January 12 earthquake, will be represented by a short, entitled Mujer, by director Jean Jean, reported the Cuban News Agency.

Titles from Cuba, Venezuela, Colombia and the Dominican Republic, among other nations will also be shown, with translations into the official languages of the project (Spanish, English, French and Haitian Creole).

The International Forum "Caribbean Film Market and other Screening Alternatives", which will be chaired by filmmaker Rigoberto Lopez, president of the Exhibition, will also be held simultaneously.

The aim of the event is to reflect on problems of the commercial circulation of audiovisual productions in the region.

Moviegoers will be able to enjoy these productions in Havana until July 22, which will then be exhibited in other parts of the island.(Prensa Latina)

Varadero getting ready for FitCuba 2020 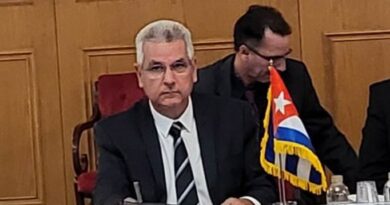