Havana, Feb 17.- A Cuban drug known as Interferon maintains its efficacy and safety to treat viral diseases such as hepatitis B and C, HIV-AIDS, dengue and Herpes zoster.
Developed in 1986 by a team of researchers from the Genetic Engineering and Biotechnology Center (CIGB), the 2B alpha human recombinant Interferon has benefited thousands of Cuban patients since its introduction in the national healthcare system more than three decades ago.

The drug prevents viral multiplication within cells and has also been used to treat different kinds of cancer.

Chinese medical authorities’ decision to use it to fight the coronavirus resulted from the general way in which this virus reduces the natural production of interferon in the human body, Granma newspaper reported.

The Cuban drug can make up for that deficiency by strengthening the immune system of patients suffering from the infectious respiratory disease caused by the coronavirus.

As a result of a technological transfer from the CIGB to China in 2003, the Chinese-Cuban joint venture ChangHeber was established in the city of Changchun.

A decade later, a modern plant was inaugurated there to manufacture biotechnological products created in Cuba, including the 2B alpha human recombinant Interferon.

Granma noted that the drug received the 2012 National Technological Innovation Award granted by the Cuban Ministry of Science, Technology and the Environment, and the 2013 National Health Award. (Prensa Latina) 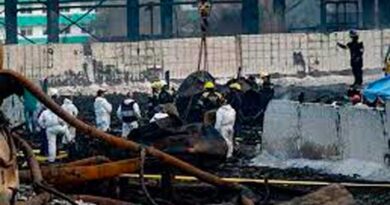