Camagüey, Nov 18.- On the occasion of the first anniversary of the death of the historical leader of the Cuban Revolution, the next November 24, the Camagüey´s subsidiary of the Union of Writers and Artists of Cuba (UNEAC) will host the panel: Fidel, beyond time.

At the meeting, will be exchanged on the theoretical work bequeathed by the Commander-in-Chief, will be enhanced and developed by the coordinates as a revolutionary thinker and his humanist in the 20th and 21st centuries.

In addition, there will be a deep conceptual analysis on his vision with respect to the construction of socialism in Cuba.

In the same way, it will reflect on the manner in which Fidel reflected his political, ideological, economic and social development; in his behavioral activity as a guerrilla fighter and revolutionary man in his work, an extraordinary ethical transcendence.

The writer Jorge Santos Caballero, who is responsible for the implementation of the panel, noted that Fidel has gone down in history as a clear expression of the effervescence of a man of his time, which left for future generations an example to follow. (Lázaro D. Najarro Pujol/ Radio Camagüey) (Photo: File)[:] 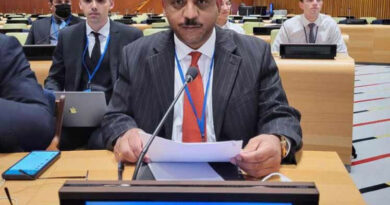