Havana, May 12 .-During the last few days, Cuban President Miguel Diaz-Canel checked the progress of programs related to agriculture, livestock, industry and renewable energy sources, Granma newspaper published.
According to the newspaper with largest circulation in the country, the review by the newly elected president took place in several meetings, in which ministers and deputy ministers of the sectors evaluated participated.

Diaz-Canel described those areas of the economy as fundamental for the sustainable development of the island.

The Minister of Agriculture, Gustavo Rodriguez, evaluated the results of programs such as rice, grains, tobacco, coffee, cocoa, beekeeping, fruit and vegetables, among others.

Rodriguez mentioned advances in sectors such as rice production, beekeeping and increased income from tobacco exports, and difficulties with coffee and cocoa, which show slowness, while citrus fruits do not meet the demand of the population.

According to the Minister of Agriculture, there is an urgent need to improve yield, which means that a greater amount of arable land is under irrigation.

Regarding the development of the Food Industry, the minister of the sector, Maria del Carmen Concepcion, exposed actions related to the gradual restitution of products, increase of exports and decrease of imports.

The minister mentioned as important tasks the replacement of technological and transport equipment and the introduction of new technologies aimed at increasing capacity and diversifying industrial food production.

Diaz-Canel also reviewed the Cuban energy program, and in that sense, the Minister of Energy and Mines, Alfredo Lopez, and the first deputy minister, Raul Garcia, detailed the activities underway, including the efforts to restore the availability of energy generation and the promotion of renewable sources. (Prensa Latina)

Creators from Several Countries to Honor Design Biennial in Cuba 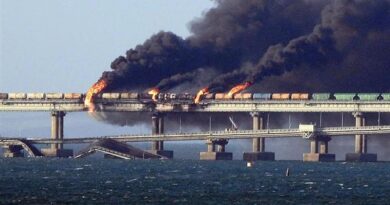