Beijing, Oct 26.- Three Cuban doctors received on Sunday China’s awards to honor the 60th anniversary of diplomatic relations between the two countries, for their work after the onset of the novel coronavirus outbreak here.
The State mission delivered the diploma and the commemorative medal to Yamira Palacios, Ileana Alvarez and Rafael Arocha, who provided care to Cubans living in China from a medical post installed in Cuba’s embassy in Beijing.

The tribute was a moment where gratitude was expressed to those physicians and other colleagues who both in Cuba and in other countries work to save lives, prevent and control the dangerous disease.

The three doctors, meanwhile, highlighted the value of Cuban medicine, the training of professionals based on ethical principles and the dedication to a career exercised with a humanistic, supportive and highly sensitive concept.

From the beginning of 2020, the medical team provided consultations to their fellow countrypersons, followed up on the epidemiological situation in China and also supported the preventive efforts that the diplomatic mission adopted to be more effective in guiding and protecting Cubans. (Prensa Latina) 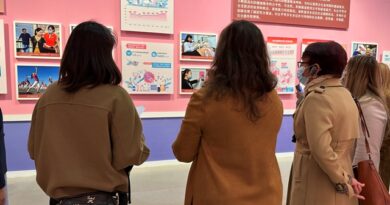