Lima, Apr 13 .-The Government of Donald Trump finances the intruders that seek to replace the role of Cuban civil society in the meetings prior to the 8th Summit of the Americas, said outstanding Cuban intellectual Enrique Ubieta.
During a speech in the plenary session of the People’s Summit to tackle the regional scenario, Ubieta denounced the scope of the reversion of measures that sought to improve ties with Cuba and the hardened economic, commercial and financial blockade against Cuba.

In this regard, he said that a few days ago U.S. President Donald Trump approved a budget of $28 million USD for subversion against Cuba, including $13 million USD for Radio and Television Marti.

‘Many of the ‘activists’ of the Cuban counterrevolution who are currently seeking to attend this event (meetings prior to the official summit) as members of the ‘civil society’ that defends the interests of imperialism, live on that budget and others not so public, which makes them mercenaries,’ he said.

Ubieta referred to the change of Barack Obama’s policy towards Cuba that led to the reestablishment of diplomatic ties and the reopening of embassies after more than 50 years of failed attempts to destroy the Cuban Revolution.

Trump’s administration seeks to ‘wipe out progressive and left-wing forces in the continent,’ said Ubieta, who mentioned Trump’s actions against Cuba, such as the false ‘sonic attacks’ against U.S. diplomats in Havana.

He described Trump’s rhetoric as offensive and frankly hostile, under the same guideline of the extremely conservative sectors that support it. (Prensa Latina) 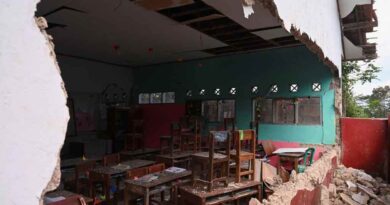