Havana, Cuba, July 3.- Victor Mesa will lead the Cuban players that will participate in a series of games against a US university baseball team, slated for July 5th through the 9th.

Higinio Velez, national commissioner of this sport discipline, informed on Monday during a press conference that, to face the US team, 36 athletes have been training, which are also eligible for the traditional baseball week in Holland, scheduled for July 13th through the 22nd.

Jorge Fuentes is in charge of the training of this team, which includes players who recently took part in a similar meet with Nicaragua.

If the US party agrees, Cuba will play with this pre-selection of 36 athletes in order to give game opportunities to a larger amount of baseball players, or else the figure will be reduced to 24, specified Velez.

The US team will arrive in Cuba on July 4. The following day, it will play against locals five times, which will mark the resumption of these traditional games between the two nations, created in the mid 1980’s and canceled in 1996.

The games will take place at the Estadio Latinoamericano, at Havana’s Cerro municipality, starting from 8:00 p.m., except the one programmed for Sunday, which will begin at 4:00 p.m. (Radio Cadena Agramonte)

Paraguay to Copa America Final without Winning a Single Game 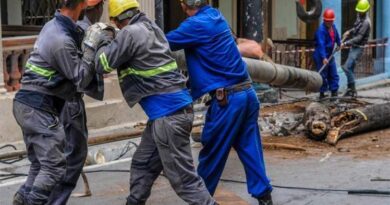