The quake, which took place at 22:12 hours (local time) on Monday, mainly affected the small town of Hosseinabad, with a population of several hundred, in the region of Chah Malek.

The quake was also felt in the southeastern province of Sistan-Baluchestan and in the cities of Zahedan, Bam, Khash and Iranshahr.

Iran and its capital, Tehran, are situated on major fault lines, and are prone to be affected by earthquakes. (Prensa Latina) 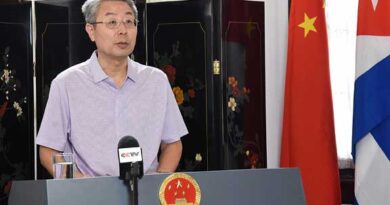 Chinese diplomat thanks Cuba for its support against US interference