Santa Clara, Cuba, Dec 13.- Marketing director of the Iberostar hotel chain in Cuba, Alexis Torres, said that medical effectiveness of the island generates confidence in travelers and favors the return of tourism.

Torres is taking part in the III International Destination Gaviota Exchange, which is being held at the Paradisus Cayos Santa María Hotel in the tourist destination of the central province of Villa Clara.

Visitors are aware of the effectiveness of Cuban vaccines against Covid-19 in the remarkable reduction of cases and death rate, and they are beginning to choose the island, and in our case for Gaviota S.A. destination,” Torres told Prensa Latina.

He pointed out that all the hygiene protocols shown by the hotels where workers keep their masks and other sanitation measures are also effective, which – he added – provides great reliability to the guests in our facilities.

Regarding the III Tourism Exchange, which concludes this Sunday, he considered that online events have a favorable impact on business interaction, but nothing replaces on site events.

He noted that Iberostar is a Spanish company based in Cuba, which has 18 hotels in important places of the country such as Havana, Varadero, Matanzas and others in the eastern region of the island and in keys of the archipelago. 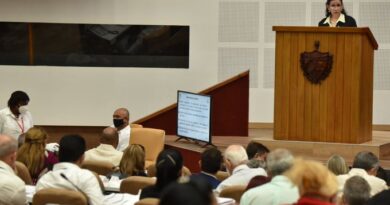 Cuban Prosecutor’s Office perfects work in the face of modernization