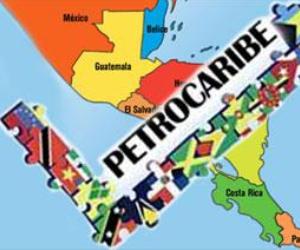 Kingston, Aug 28.- Venezuela as part of Petrocaribe finances in Jamaica an important program of subsidies, study scholarships and aid projects for communities which have begun to yield benefits, assured Monday an official source.

In a forum organized by Jamaican daily The Gleaner, in its digital edition, Sharon Weber, manager of the Petrocaribe Development Fund, affirmed the beneficial traces of the program are more visible each day, mainly in the spheres of edudcation and the community development.

"We have begun to invest in sanitation works in depressed urban zones. We have associated with youth programs to promote professional formation and rehabilitation", said Weber.

The official informed that one of the short term projects of the Fund consists in health programs, mainly to eradicate the use latrines in public schools.

After seven years since it was founded, Petrocaribe is one of the best examples of political collaboration in Jamaica in its 50 years of Independence, said The Gleaner.

Venezuela and the Caribbean nations launched Petrocaribe in June,. 2005, when oil prices shot up and the small nations of the Caribbean fought to buy enough hydrocarbons to keep their economies afloat. (Radio Cadena Agramonte )

US Democratic Convention against Cuba and Venezuela

Cubans abroad do not stop being patriots, as Martí said (+Photos)

Mexico City, Jan 28.-  We Cubans who are abroad for various reasons do not stop being patriots or serving Cuba,