Geneva, May 28. – Cuba on Monday became member of the Executive Board of the World Health Organization (WHO), during the 131st meeting of such a body, held in this city under the chairmanship of Barbados. Cuba was elected by acclamation in the 65th WHO World Assembly, scheduled from May 21-26.

"Our country will play this high responsibility on behalf of the region of the Americas, together with Mexico, Ecuador, Panama, Barbados and the United States, at a time when momentous processes take place as part of the WHO reform and the creation of goals and indicators on non communicable diseases (NCD)," according to a report of the permanent mission in Geneva.

The Executive Board is composed of 34 individuals technically qualified in the field of health and its mandate runs for three years.

The main functions of such a board include the implementation of decisions and policies of the World Health Assembly, while providing guidance and preparing projects in this matter.(Prensa Latina) 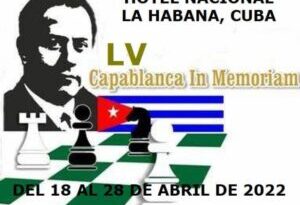 Capablanca in Memoriam rounds up over 275 chess players

Fidel Castro´s Reflections: Am I overdoing it?