United Nations, May 10. – Syria denounced today in United Nations that terrorists associated with Al-Qaeda operate against the government and submitted documents and confessions of 26 elements in Syrian territory captured in such activities.

Syria also presented to the UN the names of 12 people killed in that country while performing terrorist acts, including several British, French and Belgian.

The evidence was brought to the Security Council by Ambassador of Syria, Bashar Jaafari, during a session on the work of committees dedicated to Al-Qaeda issues, counterterrorism and nuclear, chemical and biological weapons.

Jaafari also referred to the two terrorist attacks that took place in Damascus Thursday, which left so far 55 dead and almost 200 wounded.

Jaafari called for a clear and strong condemnation of the Security Council to the attacks in all its regional and international dimensions.

He also criticized the increase in terrorist acts in Syria at a time when violence decreases as a result of the implementation of the plan of special UN envoy, Kofi Annan.

Terrorist operations can not be performed without funds or resources from abroad, he added, regarding the support that several Arab countries give to the armed opposition groups in Syria.

The Security Council should take steps to stop terrorist activities in Syria and denounce the countries that support them, insisted the Syrian ambassador.(Prensa Latina) 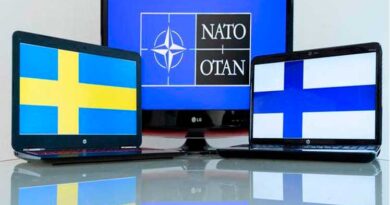 French groups criticize accession of Finland and Sweden to NATO