Havana, Feb 13. – Journalist Ignacio Ramonet described as a huge injustice the silence of mainstream media about the case of the five Cuban antiterrorist fighters unjustly held in U.S. prisons since 1998.

That silence is a second enclosure, and without the mobilizations by groups of solidarity with Cuba and with the Five, as they are known in the international campaign for their release, no one would speak of them, said Ramonet.

If we did a survey in European public opinion, the result would be that the vast majority would not know about the case, and those who know, a small percentage, would have a confused idea of what is happening.

Antonio Guerrero, Fernando Gonzalez, Ramon Labañino, Rene Gonzalez and Gerardo Hernandez were sentenced to lengthy prison terms for reporting on the plans by violent anti-Cuba groups in the United States.

Many people are confused about the case of the Five, Ramonet told the newspaper Trabajadores.

Ramonet, who is participating in the International Book Fair Cuba 2012, called to increase criticism of mainstream media and to take advantage, along with alternative media, of the new information tools like social networks.(Prensa Latina) 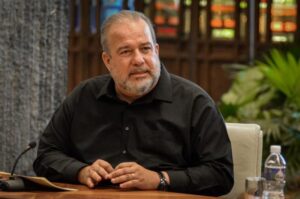 Phnom Penh, Oct 6.-  The signing of two cooperation agreements in the cultural and sports areas strengthens ties between Cambodia