Buenos Aires, Aug 18. – The 16th Meeting of the Sao Paulo Forum (SPF) officially opens here on Wednesday with an encounter of young people from different political parties to exchange experience and join in actions of solidarity.

The young people will meet Wednesday morning in commissions and plenary sessions at the University of Madres de Plaza de Mayo, while seven working groups will do so at several different venues in the city.

Environment and climate change, social movements, art workers and culture, media democratization, and security, organized crime and human rights are some of the issues to be debated by participants in the forum.

Other topics include national sovereignty, decolonization, and immigration.

The Forum's official Working Group, comprised of representatives from 48 different political organizations, held its first meeting on Tuesday, and will assemble again on Thursday to approve the Final Declaration to be signed by the nearly 200 attendees.

Founded by the Workers' Party of Brazil in 1990, the Forum adopted the name of Sao Paulo to honor the city that hosted the first meeting.

According to its founder, the objective of the conference was to combine the efforts of parties and movements to debate the international situation and the consequences of neoliberalism in Latin American and Caribbean countries.

The 15th Meeting of the SPF took place in August 2009 in Mexico City, and brought together about 520 delegates from 32 countries in the region, as well as guests from Germany, Belgium, Canada, China, Spain, the United States, Russia, France, Palestine, and Vietnam. 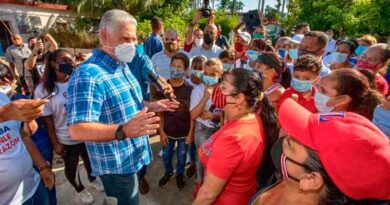 [:es]FITCuba 2018, an Opportunity for Caribbean Tourism[:]

Buenos Aires, Dec 7.- On Tuesday, Argentinian President Alberto Fernández will participate in the 61st Summit of Heads of State