In a meeting, they discussed the effects of the blockade in the development of the Cuban Revolution's cultural conquests, with a presentation by the counselor of the Cuban mission, Ulises Barquin.

The meeting was part of Bolivarian Cultural Week in Ecuador, celebrating the bicentennial of the "first cry of independence" in Latin America, and was cosponsored by the National Union of Journalists.

Barquin explained the damage cause by the U.S. policy of harassment and referred to tuse culture as a weapon against U.S. attempts to impose hegemonic globalization and a single current of thought. (Prensa Latina) 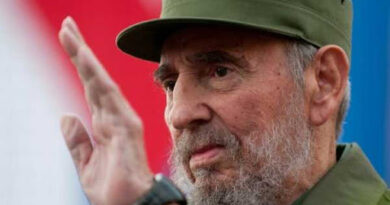 Over 87,000 Troops to Guard Elections in Argentina