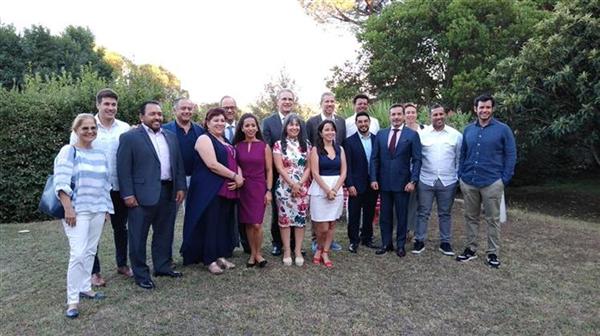 Rome, Jul 9.- Cuban Ambassadress to Italy, Mirta Granda, today has taken on the rotatory chairmanship of the Group of Latin American and Caribbean Countries to the United Nations in Rome (Grulac), following her recent election at a plenary meeting in this capital.

The Permanent Representative to the Food and Agriculture Organization of the United Nations (FAO), the World Food Programme (WFP) and the International Fund for Agricultural Development (IFAD), reaffirmed her country’s commitment to regional unity and integration.

The diplomat, who will share the task of leading Grulac in the second half of 2022 with the representatives of Nicaragua and Panama as vice presidents, also emphasized her government’s will to “defend and advance common interests and positions”.

During the event in which Granda was elected, the members of this group recognized the excellent work of the Panamanian representative to FAO, Tomas Duncan, as outgoing president of Grulac in Rome, during the first half of this year.In statements to Prensa Latina, Duncan said that in this position he faced the challenge of finding a common regional definition to take to the different negotiating committees of FAO, WFP and IFAD.   (taken from Prensa Latina)

Danny Glover: a Fighter for Justice and Humanity