Havana, Apr 12.- Cuba is ready for a possible significant increase in the number of novel coronavirus cases in the coming weeks, although it is working intensively to curb the spread of the disease as much as possible, official sources said on Saturday.
Francisco Duran, director of Epidemiology at the Ministry of Public Health, said during a press briefing that the country is taking measures to face a peak that could occur in late April or early May, according to forecasts recently made by renowned scientists.

‘We are preparing for the highest figure, but I also reiterate that we are working so that the curve does not reach the peak of the virus,’ Duran said in response to questions from the media.

As part of the measures to deal with a possible peak, the doctor explained that capacity building continues in all Cuban health institutions, as well as in intensive care units, and efforts focuse on continuing to ensure the availability of equipment and the necessary medications.

Another measure is to train health workers, because although considerable progress has been made in this area, actions are maintained in case that opening new services are necessary, he said.

In addition to health authorities, several sectors are acting coordinatedly, under the leadership of the country’s top leadership, and are taking part in the national preparation, Duran stated. (Prensa Latina)

Cuba thanks Nicaragua for its solidarity 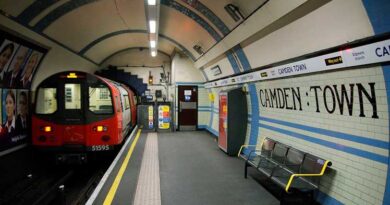 London Underground is more than a century and a half old