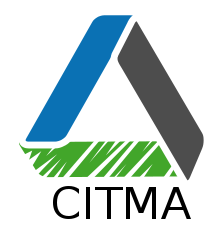 Camagüey, Aug 3. – Natural disasters increasingly bring about the most adverse consequences in the social and economic milieu for all nations around the world.

For such a reason there is in Camagüey -as everywhere in Cuba- a team of experts who studis and assesses the risks and vulnerabilities posed by these´ meteorological phenomena.

Rudy Montero Mata, senior specialist of the Environment Unit belonging to the local office of the Ministry of Science, Technology and the Environment (CITMA), coordinates these efforts that have already bore some noteworthy fruits.

According to his remarks, Camagüey province conducted some studies in 2011 on hazards and vulnerabilities caused by strong winds, coastal flooding and heavy rainfalls.

Besides, they have been working on other aspects such as technological hazards, namely studies about spills caused by noxious substances. In that sense, the experts team have assessed 63 facilities that use these compounds within this Cuban province.

The results arising from these studies are vital for decision-making, and consequently in reducing negative impacts.

In addition, the team of experts started to study the hazards resulting from dry spell, and completed calculations related to meteorological, agricultural and hydraulic droughts.

Other researches have been focused on the dangers posed by forest fires. Together with the “Ignacio Agramonte” University of Camagüey, the team has been studying the seismic activity and its impact, basically in Camagüey, which is Cuba's third largest city.

The hazards as a result of subsiding soil have also become a source of concern for these experts.

These are the main tasks in which the risk assessment and management group of  CITMA in Camaguey has been working on lately. (Radio Cadena Agramonte )