Saltar al contenido
news
enero 2, 2012 22 from iraq and 25 from the gulf cooperation council, Amid, Foreign media and political forces, In the country, Persistent hostility, Some 47 more observers, To join the 70 already monitoring the situation, To the country, Will travel

Damascus, Jan 2. -Some 47 more observers, 22 from Iraq and 25 from the Gulf Cooperation Council, will travel to the country to join the 70 already monitoring the situation in the country, amid the persistent hostility of the foreign media and political forces.The information was provided by Adnan Issa al-Khoudhir, head of the operations room for the Arab League (AL) monitor mission, the media reported on Monday.

Dozens of observers have toured the cities of Homs, Hama, Daraa, Idleb and towns in the Damascus countryside, where they have visited neighborhoods, hospitals, prisons and exchanged views with the authorities and residents.

On December 22 the AL established the operations room, which keeps constant communications with the envoys and receives their reports, al-Khoudhir said.

According to the press, the main complaints before sending the mission focused mainly on prisoners and hospital patients.

Among their visits, the observers have been in prisons and hospitals in Homs, Hama and Idleb. (Prensa Latina) 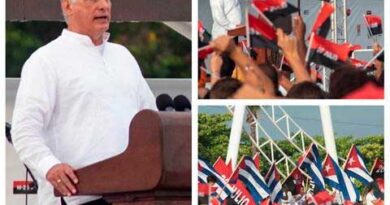 Vientiane, Oct 3.- Cuban Prime Minister Manuel Marrero Cruz will arrive in the capital of Laos to complete the second