Havana, Jul 27. – First Vice President Jose Ramon Machado Ventura leads the Cuban delegation that will attend the inauguration of Peruvian President-elect Ollanta Humala in Lima on Thursday. He will be accompanied by Foreign Miister Bruno Rodriguez and other foreign officials, according to Granma newspaper. In his speech on the Day of National Rebellion, July 26, Machado Ventura said that Humala is leading a nationalist program with more equality in the distribution of wealth, and Cuba wishes him success in his endeavour, one that is so necessary for a sister nation.

Last week, Humala paid a short visit to Cuba, where he met with leader of the Revolution Fidel Castro and President Raul Castro.

"We talked about global issues and the Latin American situation; Iâ�Öm leaving very happy and regret the trip has been so short," he told reporters at Jose Marti International Airport at the end of his stay in Havana.

He said that during lunch with Fidel Castro, the revolutionary leader recounted to him a series of political experiences and talked about nutritious food.

"It was a very lively meeting, we talked a lot and I am happy," said Humala, who also referred to his phone talk with Venezuelan President Hugo Chavez.

Correa said that he and Raul Castro discussed bilateral relations and ways to combat illiteracy in Peru by using the Cuban teaching method Yo Si Puedo (Yes, I Can).

Peru is interested in increasing exchange with Cuba in public health, education and sports, and strengthening economic and cultural relations, Humala said.(Prensa Latina) 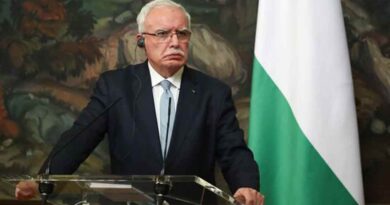