Santiago de Cuba, Oct 20. -Cuban musician Cesar Lopez recognized Tuesday the international significance of the biggest event of the national discography, Cubadisco, which will be held in this city in May.

Lopez, saxophonist and composer, winner of the Grand Prize of Cubadisco in 2008 and three of its awards, said the level of quality achieved by Cubadisco can be compared with global competitions heavily promoted and favored by the media. Lopez has been a member of the Cubadisco jury on several occasions, and he has followed its growth and increased competitiveness, primarily in jazz. Graduated from the National Art School, Lopez has extensive international experience, which includes master classes at universities in Canada, Colombia, Spain and the United Kingdom and presentations in dozens of countries along with other world-class musicians. (Prensa Latina)

Nearly 300 Dead in US Tornadoes 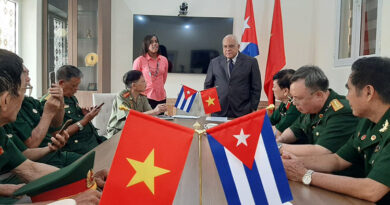 In difficult times, Vietnam is by Cuba’s side, ambassador says