Havana, May 7. -Exhibitions and encounters in several US cities during May and June include an intense agenda of the International Committee for the Liberation of the Five Cuban Anti terrorists jailed in the United States for more than a decade.

We expect more commitments with this cause Alicia Jracko, coordinator of the committee in the US, told Prensa Latin during a visit to its offices,

First they will place an exhibition with photographs of Antonio Guerrero, Gerardo Hernandez, Ramon Labanino, Fernando González and Rene Gonzalez jailed in US prisons in a boulevard of the small Californian city of Venice.

Jracko pointed out that the same exhibition will be taken during the end of June to the Social Forum in Detroit where it will be placed in a gallery near the meeting center that expects 20,000 to 30,000 participants.

She also called to flood the White House email with requests to liberate Antonio, Gerardo, Ramon, Fernando y Rene jailed since 1998 for monitoring activities of terrorist groups in the United States for attacks on Cuba.

Among the initiative Jracko mentioned sending about 70,000 postcards to several nations in the world asking President Barack Obama to sign in favor of the liberation of The Five.

Free them and deserve the Nobel Prize already given you, expressed the social combatant.

Among other plans the activist mentioned a concert in California similar to the one held in New York for the cause of The Five as they are known in the campaigns for their freedom. (Prensa Latina)

Cuba Seeks to Attract Tourists from Spain and Portugal 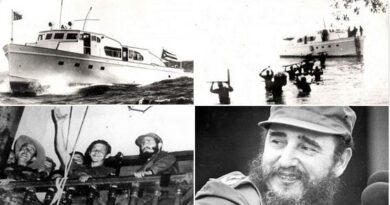