Hanoi, Nov 29.- The Vietnamese Party, State and people had a new gesture of solidarity towards Cuba this Tuesday when they donated 1,000 tons of rice to help compensate damages caused by Hurricane Irma.

The symbolic delivery took place in the northern port city of Haiphong, the same place where in times of the liberation war, Vietnam received sugar and other inputs from the island in a gesture of solidarity that never expected anything in return.

But this is a town of grateful memory and now that Cuba suffered the ravages of a terrible hurricane, it once again reached out its hand.

The donation has the additional merit of being carried out when the Vienamese nation is recovering from recent and successive typhoons and floods that cause great human and material losses. 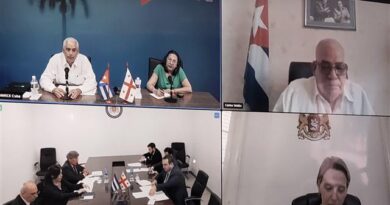 Ambassador: Cuba Together with the Venezuelan People

Meliá highlights Cuban beaches among the best in the world