Havana, Aug 11 .-The news that Cuba has so far received three million foreign visitors undoubtedly attracts the attention of tour operators and travel agents who consider that the Caribbean island is an indispensable destination for vacations.
Thursday’s report, issued by the Ministry of Tourism (MINTUR), corroborates recent opinions by experts, who noted a recovery of Cuba’s tourism industry despite decreases acknowledged timely.

The damage caused by hurricanes in 2017, the campaigns against Cuba and other well-known conditions reduced predictions for the tourism sector at the time, although the industry has grown dynamically.

On this occasion, the MINTUR pointed out that Cuba has received three million international travelers so far this year and better results are expected in the upcoming winter season (November-April).

Officials insisted that tourist arrivals continued an increasing trend in 2018, despite campaigns organized and led by the government of the United States to discourage travels by US citizens to Cuba. 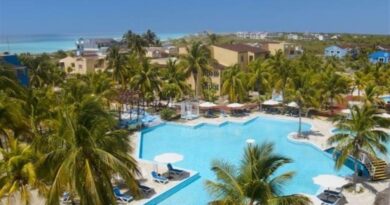 [:es]Members of European Parliament Demand End of the US Blockade to Cuba[:]