Havana, Mar 27.- The position of Cuba for peace, solidarity, health and life was stressed by Bruno Rodriguez, Ministry of Foreign Relations of Cuba.
The Minister tweeted that Cuba is proud of its health professionals, who join the fight against Covid-19 from within the country and in different corners of the world.

They ‘embody the vocation of humanity and solidarity of the Cuban Revolution,’ Rodriguez posted.

In less than two weeks, Cuba has sent 11 medical brigades to fight the SARS-CoV-2 epidemic, said Eugenio Martinez, Director for Latin America of the Foreign Ministry.

This solidarity is being impeded by the United States, in the words of Rodriguez, who called ‘regrettable’ that while the sickness is threatening, the US government attacks Cuba, instead of ending the blockade.

Rodriguez reacted in this manner to the statement of the US embassy in Havana, encouraging countries receiving medical aid from Cuba to reject the contribution, despite the pandemic.

The statements of the US State Department against Cuban cooperation are an inhumane and disrespectful act, tweeted the Minister of Foreign Relations. (Prensa Latina)

Camagüey Boasts its Breakthroughs in Preventing and Treating Genetic Diseases 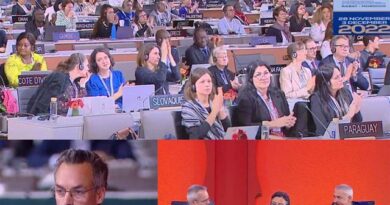