Saltar al contenido
news
enero 30, 2012 As an acknowledgement of his contributions to the promotion of human values, Oscar washington tabarez, Uruguay´s national soccer coach, Was declared unesco champion for sport on monday

Paris, Jan 30. -Uruguay´s national soccer coach, Oscar Washington Tabarez, was declared UNESCO Champion for Sport on Monday as an acknowledgement of his contributions to the promotion of human values."Tabarez is an example of discipline, perseverance and iron will, but also of educational and social sensitivity", said UNESCO Director General Irina Bokova when presenting the award.

Bokova stated that thanks to the Uruguayan coach's efforts, a team capable of bringing hope to many people who face serious vulnerabilities was built.

After receiving he UNESCO award, Tabarez recalled that soccer is closely linked to everyday life in Uruguay.

"It is impossible to think of Uruguay without soccer, because that is one of the features of our identity", he said.

Under Tabarez´ leadership, Uruguay has made major achievements in the rankings again, such as the fourth place in South Africa 2010 and the first place in the Americas in 2011 in Buenos Aires.

The award also acknowledges his commitment to promoting education and sport programmes for vulnerable children in Uruguay. (Prensa Latina) 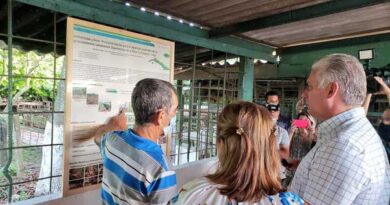