Port-au-Prince, Oct 19. -More than five million cubic meters of debris are still to be removed in Haiti from the January 2010 earthquake, a volume able to fill 2,000 Olympic swimming pools.Jessica Faieta, director of the UNDP for Haiti, said this body announced last week they already cleaned 10 million cubic meters but the task is still titanic.

The hardest part of the work is still to be done for in some place clean up is done with bare hands since they are inaccessible for heavy machinery, like in slopes and densely populated areas. The process has been slow and the effort immense, admitted the official.

The UN estimates that 80,000 buildings in this capital and its surroundings collapsed with the quake, that also killed more than 300,000 people and left two million victims at the poorest country in the Western hemisphere.

The litter worsened sanitation and the medics finger point it a leading source of cholera that so far has also killed 6,500 people. (Prensa Latina) 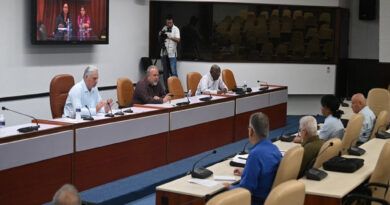