Geneva, Mar 4. -In the UN Human Rights Council, Cuba praised the celebration of the International Year of Afro-Descendants, but said progress was still far from the goals of the Durban Conference.

In remarks to the 16th session of the council, Cuban delegate Luis Alberto Amoros stated that Durban marked a milestone in the struggle for equal rights among all human beings.

Ten years after the meeting held in that South African city, Cuba lamentss that progress on that issue has not met the expectations of the international community, Amoros said.

On the contrary, new and more sophisticated forms of racism, racial discrimination, xenophobia and intolerance have re-emerged, he said.

The creation of associations and political parties with racist, xenophobic, and anti-immigrant platforms has persisted, he noted.

It is known that the problem is more widespread and goes unpunished in the wealthy and industrialized countries of the North, the diplomat said.

Amoros stated that the Cuban Revolution brought deep social, economic and political transformations, thus allowing the eradication of all forms of institutional discrimination without exceptions in Cuban society. (Prensa Latina)

Int´t Forum of Solidarity with the Cuban Five 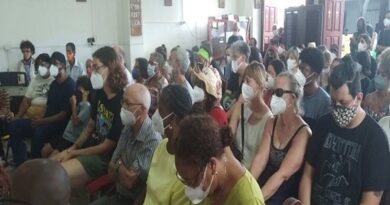 Pastors for Peace present at revolutionary celebration in Cuba

Moscow, Dec 5.- Ukraine is presently planning to stage a Russian attack to prevent Moscow from re-exporting ammonia to the