Mexico, Feb 15. – At least 12 percent of weapons used by Mexican drug cartels are from the United States. For this reason the government intends to place responsibility for the wars between cartels on its northern neighbor, reported the Stratfor company.

According to the specialist of the company, Scott Stewart "weapons are derived from the Mexican Armed and Police Forces or those sold through the Defense Secretary and Weapons division."

The study points out that of the 30,000 weapons confiscated in 2008 by the Mexican government after clashes between the drug lords, only 4,000 were identified and 3,480 came from the United States, representing at least 12 percent of the total.

In his analysis Steward states that some kinds of weapons, such as military explosives from third countries, are commonly used in attacks by the cartels and are not investigated by the Alcohol, Tobacco, Weapons and Explosives (ATF).

During an inventory of the weapons out in the streets in Mexico, the expert estimates that "many grenades come from military warehouses in Guatemala and other Central and South American nations that were in use for many decades to fight the insurgency."

Stratfor maintains that although contraband of weapons that cross the border between Mexico and the United States has been documented, this does not mean that it is the source of 90 percent of the weapons used by the drug cartels, as previously stated.

The intelligence agency concludes that organized crime obtains its weaponry through three main routes: "weapons sold legally in Mexico, those obtained in the same manner in the United States and those that are not sold to civilians in any of the two countries and arrive through the Latin American and Asian black market."

However a study made last year by the Washington Post claimed that the drug lords obtained their weapons in the United States while the majority of weapons confiscated in actions against organized crime in the last two years by the Mexican police were obtained from that country.

The daily revealed that 12 suppliers authorized were from Texas (8), Arizona (3) and California (1).(Prensa Latina) 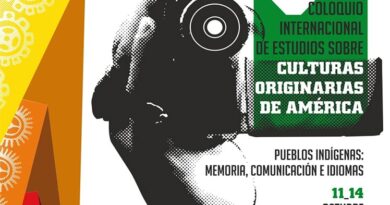 Cuba kicks off colloquium on Native Cultures of the Americas

Haiti Reaffirms Support to Cuba in Fight Against U.S. Blockade