Johannesburg, June 16. – South Africa will reaffirm the government commitment to sustainable energy development at the Conference on Sustainable Development (Rio+20), to be held in Rio de Janeiro, Brazil.

The announcement was made by government spokesman Jimmy Manyi, who said that summit meeting is scheduled to focus on "fundamental issues oertaining sustainable development, including energy supply."

A communique released by the South African Department of Foreign Relations and Cooperation announced that President Jacob Zuma will attend the meeting in Brazil next week.

Zuma is expected to travel to Mexico tomorrow to attend the G20 summit to be held Sunday in Los Cabos, according to the source.

In the Mexican meeting, South Africa will promote the development agenda and place emphasis on issues including support "to the development of local infrastructure in the African continent."

Manyi said his government is worried about uncertainty triggered by the crisis in the European Union.

In this regard, he said his country hopes for the G20 "to propose solutions to leading world economy towards growth and job generation." (Prensa Latina) 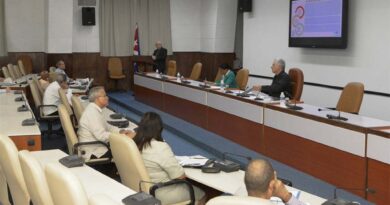